Ontario-based company Shouldice Designer Stone has specialized in architectural and residential stone for more than 70 years. The skilled team at Shouldice contributes to projects nationwide, providing quality stone and brick veneers that are durable and lasting, but also sleek and stylish. Recently, Shouldice stone was used to realize the visionary design for the new Women’s Hospital in Winnipeg, located at the former site of Weston Bakeries at Elgin Avenue and Sherbrook Street. This state-of-the-art facility, which will replace the Women’s Pavilion at the Health Sciences Centre, has been anticipated by the public since the project was announced over a decade ago. Now, construction is complete and the facility is expected to open in the Fall of 2019.

In these architectural images for Shouldice Stone, the hospital is captured from various angles, at different times of day, giving a sense of the fanciful way the color of the building’s facade appears altered depending on the manner in which the sunlight strikes the stone and glass exteriors. The first image depicts the beauty of the building as it is illuminated by the afternoon sun. The soft pink and orange hues highlight the green wall and three-story silhouette of an elm forest on the glass curtain. According to the building’s architects, it was important to the public that the design incorporate nature elements, which has been achieved through the inclusion of a digital mural (WRHA, 2010). The mural is quite striking when juxtaposed with the busy urban intersection at which the hospital is located. This photograph captures the hustle and bustle of the intersection, as traffic wizzes by, and pedestrians traverse the crosswalk. From this vantage point, you can see the elevated walkway and the main entrance at William Avenue and Sherbrook Street. Angled columns at the base of the structure support the rest of the building which is elevated two stories above ground.

The second image provides a sense of the immenseness of the mural, which extends around to the other side of the building. This wide angle shot captures two sides of the structure with the corner of the building at the center. When capturing a photo like this it is important to ensure that none of the architectural elements are distorted. Not only is the facility visually stunning, but it also features more private rooms and a 60-bed Neonatal Intensive Care Unit. The importance of this facility to the community is evident in the attention to detail of the design and construction.

This photography, created during the day, depicts the way in which the modern, sleek design of the structure is complemented by the cool, contemporary stone in alternating purple and blue hues. The stone provides a nice contrast to the greens of the surrounding trees, and adds visual interest without being overpowering or clashing with the mural.

The next image provides a closer look at some of the architectural features of the building and the way the glass, stone and natural elements work in harmony. The deliberate angle at which this photo was captured draws attention to the different materials and textures working together in this structure.

This close-up of one side of the building shows the point at which the glass wall intersects with the stone. The photograph focuses in on the architectural stone, providing an opportunity to see the stone in greater detail, to get a better sense of the color, texture, etc.

These photographs of Liquor Mart demonstrate the use of Shouldice stone for commercial property. The first shot captures the front of the building in afternoon light. This photo depicts the way in which the stone complements the other design elements of the building, adding visual interest and an air of sophistication to the storefront..

This photo captures another angle and provides a better sense of the texture and color variations of the stone used.

This photograph demonstrates the difference in the appearance of the stone depending on the time of day. As the sunlight beams down, it envelopes the building in an orange haze.

In the last photo for Shouldice Designer Stone, the Liquor Mart location is captured at an angle that draws attention to the various materials and textures in use. This angle adds visual interest and creates a sense of depth. 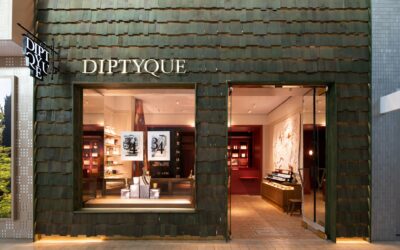 The following is a case study about a photography project we completed for Diptyque, a luxury parfumerie carrying an assortment of curated perfumes, candles, as well as face and body care products. 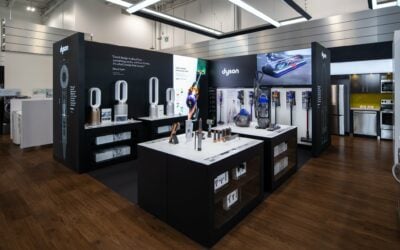 The following is a case study about a photography project we completed for Dyson, an innovator in technology for household products. The goal of the project was to capture Dyson’s SIS expansion setup with Best Buy Canada. The following is a case study about a photography project we completed for Louis Poulsen, a Danish lighting manufacturer. The goal of the project was to have the luxury light fixtures be the statement piece of the photo at the high-end home they were installed in. Toronto is Canada’s largest city and one of its most beautiful. From the CN Tower to the Toronto Islands, there are plenty of amazing sights to see in this vibrant metropolis. Our Favorite Architectural Styles: Which One Will Inspire You