How To Rejuvenate A City Through Art: Part One

Robert Lowdon is an internationally published commercial photographer based out of Toronto, Canada. He spends his time photographing architecture and industrial projects for the most part.

Posts About the Business of Photography The Downtown has been suffering for the last couple of decades. With the rise of suburbia, citizens flocked away from the downtown core. Strip malls popped up, chains thrived, we all chased “the dream” while our cities rotted from the inside. Crime increased, jobs were lost, and cities suffered under urban sprawl.

The problem is when cities spread outward, the costs to maintain them skyrocket. New roads need to be built, sewers and waterlines are erected, and power run for new homes. Traffic gets out of control because we all have to travel long distances to work. Taxes increase as a result, cost of living skyrockets. There is a tendency to avoid the downtown due to all these reasons and more.

When we moved away from the downtown, businesses suffered and shuttered their doors. We lost a lot of good paying jobs for our citizens leading to poverty. With poverty, crime rates increased, keeping even more of our population away from our downtown cores. With a lack people about, crime grows further. The lack of people / witnesses in the area is crimes best friend (he is not a very nice dude). It is striking how many of our societal issues stem specifically from poverty.

Our buildings fell into disrepair, our citizens no longer felt safe and the downtown core began to rot from the inside. Until recently, things started to change.

Cities started to invest in their downtown again. Development of housing was increased, because people wanted to start living in the downtown again. When we lived in the area, we started to care about the neighborhood again. We talked to our neighbor’s and built new communities we were proud of. As a result, new local businesses started to sprout up to serve the new downtown population and slowly with a lot of work, our downtown became safe again and that pride in our community was something to behold.

What Is This Art You Speak Of

Now how to did we get to this new utopia, where our downtown was thriving and our population wanted to once again live downtown? We invested in the arts.

I think when most view investment in the arts they generally see it as a painting on the wall or some outlandish avant-garde self-expressionistic whatever-the-hell. We need to think more of art in the general term, or on the macro level. Try to think of art as less than something pretty and more as human expression – emotion, and everything great inside that. So we will start with just a few examples (yeah right) and expand on the ideas.

Great urban design makes cities more walk-able. It provides places for us to play (like parks). The best designed cities function well for their inhabitants. It makes you simply want to exist in the space.

Well-designed buildings that function well and add to their environment are the basis of any city. Great architecture is stunning while bad architecture is a matter of taste.

As human beings, we are based on emotion. It defines our total being. Entertainment soothes and challenges us. We laugh, sometimes cry, it expands our thinking and brings fun into our lives.

I do not think there is a person alive that does not enjoy music in some form or another. It is a part of the human condition.

We rave about great food. It is so much a part of the human experience that we require it to live. A great chef is an artisan mixing flavors presenting a work of art to be consumed.

We all dance, whether it is flailing about like some kind of mad orangutan (this guy right here) or a little more structured.

A lot may argue that sport is not an art form, yet it has all the trappings of so many art forms it cannot be ignored. Drama, physicality, moments of great triumph and crushing defeats. There is hardly any reason not to call sport an art form.

Live performance, plays and yes even Hollywood movies fall into theater. How many movies did we watch last year? I do not know, would be my answer, a lot.

Craft, in my eyes, represents anything made by human beings. Well-crafted items are so heavily entrenched in our humanity that they are pretty much a part of us. I count 15 items that I am presently wearing, and that is just right now. Granted it is cold in here, and that varies from day to day.

These are just a few examples of art, or perhaps humanity. I think the proper term for art is as such. As human beings, we tend to want to classify everything, and put them into tiny boxes. The problem is it just does not work that way.

See the thing is when we invested in arts in our downtown our population wanted to start being around it. We liked living in well-built neighborhoods that were safe. We liked taking our children to festivals. We enjoyed our Sunday strolls for coffee and walking our dogs in our parks. We liked getting to know the person who made what we owned, and we thought it was kind of cool to see their kids grow. We took pride in building things with our hands. We were proud to show our community and help out our neighbors because we knew a great community is only as good as the sum of all of its parts.

How Art Has Helped Other Communities

In the 1980s, New York was out of control. A skyrocketing murder rate, crime rampant in the streets, the city was covered in garbage, literally…

Part 2 will be posted shortly

← Prev: Our Best Advice to Use a Wide Angle Lens Photography in the Whiteshell → What are the Benefits of Press Releases for Your Business? We asked Industry Professionals.

Press releases are a great way for businesses to announce significant news and spread information quickly. They can create awareness, generate leads, and enhance their brand’s reputation. But press releases also have many other advantages that can help your business to succeed and grow. 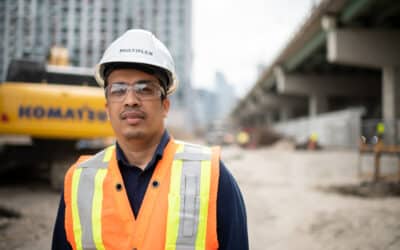 What Are the Most Important Images to Promote your Business? We asked Businesses

When it comes to marketing your business, you can never be too careful. You want to make sure that you are using the right tools and techniques to reach your target audience. And one of the most important tools at your disposal is imagery.

Are you thinking about getting professional headshots? I’ve got 10 great tips for you to look your best. Everything You Wanted to Know About Hiring a Toronto Photographer, But Were Afraid to Ask

by Robert Lowdon | Jul 28, 2022 | Photography How To, Posts About the Business of Photography

In this blog post, we will answer all of your questions and help you find the perfect Toronto photographer for your needs! Commercial Photography – Everything you Need to Know

If you’re a business owner, or in marketing or advertising you know that having great images of your products and services is critical to your success. But what does it take to produce great commercial photography? 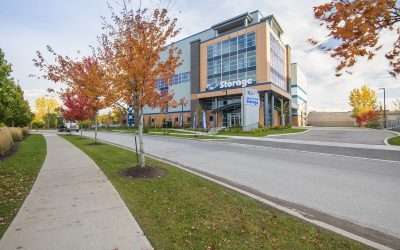 What are the Most Important Marketing Photos for a Business

As a business owner, you have to know that marketing is vitally important. But what are the most important marketing photos for your business?
There are certain photos that every business type should have in their marketing arsenal. Marketing images can be used on your website, in social media posts, and even in print advertising.